Photo gallery
Posted by Rita at 1:21 AM No comments:

Three members of the green club (Mari-Ann, Airi, Sandra) and two teachers (Rita, Eve) took part in the project meeting from 05.03 to 09.03 in Venice. 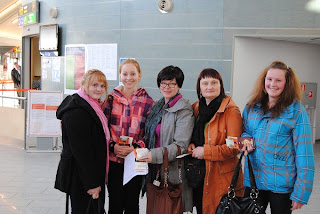 It was nict to see familiar faces and meet new friends form Spain, Portgale, Rumania, Turkey, and Italy. All the schools had to prepare three presentations for the meeting: sustainable renovation,  a new rubbish systam in school, and a widely celebrated festival. 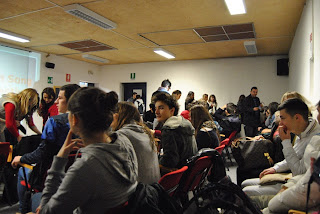 Our hosts had organised an interesting programm which included visiting two islands Murano,  Burano and Venice. 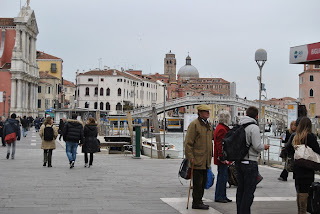 Murano is famous for its marvelous handmade glass work. Many glassmaking technologies and techniques were originated on Murano and are still in use today. The making of Murano Glass is a complicated and sophisticated process, as each piece is actually an original hand-made work of art. 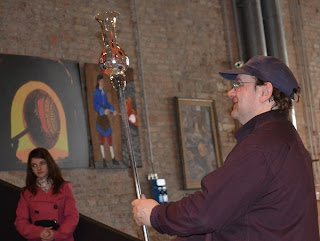 The Italians are known as talkative, emotional, chareful, and friendly peole. Even their houses,  on an island Burano which is famous for lace-making, are brightly - coloured. 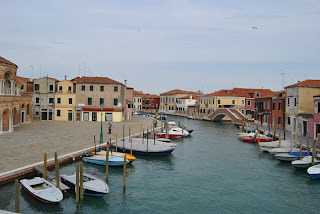 Guidebooks suggest the painting began with the fishermen's desire to identify their own houses from the lagoon, which seems sweet but not particularly likely (the majority aren't visible from the water in any case). Burano certainly seems to an outsider like a cheerful place to live. Open doors and laundry drying outside in the lanes adds to the impression of a friendly and tight-knit community. 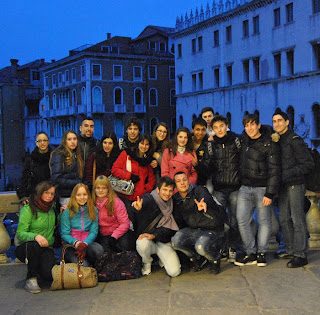 In Venice, it really seemed lika time has stopped and we’re back in the Middle –Ages.
To summarise the meeting we could say in plain Italian BELLISSIMO.

See also the gallery about meeting.

There has already been four meetings turning the project: In Estonia, Spain, Turkey, and Portugal. The last one took place in Almada from 3rd to7th October. Our two students and teachers started their jurney in dense rain which was quickly replaced by the flaming sunshine. 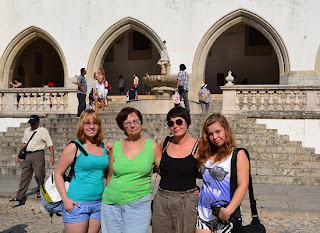 We were hosted by Escola secundaria de Cacilhas in Almada. We were charmed by their hospitality, on the other hand our days were full of visits and sightseeing, so we didn’t have much time for exploring. 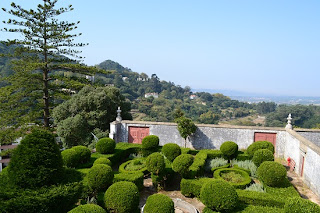 We strongly enjoyed the hot weather and staying underneath the palm trees. On the first day, we all had to present our presentations and we think that everyone did a great job.

Like many other tourists, we were taken to the Royal Castle in Sintra and the park and palace of Monsserate. Romantical park, full of exotic trees and plants must have charmed everyone. 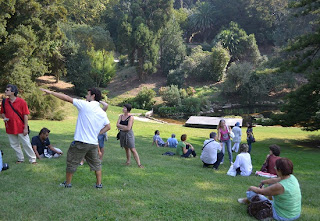 We also saw the beautiful Belem tower standing on the coast of inviting sea.

But aside from the things we saw, even better were the things we felt. We felt the openess, kind-heartness, politeness and cohesion of all the participants. Families welcomed us with open arms and every second of every day there was unforgettable experience. 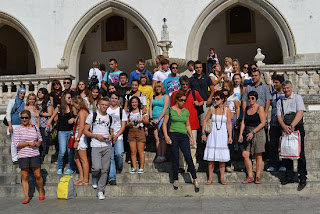 We will always remember memories made in sunny Portugal.

While we had a typical harsh winter, something unusual happened. Three students and two teachers from a small town in Estonia set out for the meeting in Spain.

The destination was a Spanish province – Asturias (officially the Principality of Asturias) and its centre – Oviedo. Asturias is located in the Northern part of Spain along the bay of Biscay. We were hosted by the IES Llanera school’s students.

The travellers used several means of transport. At first we went to Stocholm by boat then they used a metro (Arlanda express) to get to the Arlanda airport. There was no direct flight to the destination, so we had to make a stopover in Madrid.

The first day in Spain started with  lessons at a small school.The corridors were narrow and walls made of red brick. There was a tiny cafe instead of a canteen. Students didn’t have to change clothes or footwear to enter the school. The breaks were bustling, but the pupils calmed down for their class.
After school we had a lovely walk in Oviedo. It  is an old and historical town. The most glorious cathedral – St Iglesia Cathedral is also a museum, where we were shown ’’The Victory Cross’’ (Cruz de la Victoria). Oviedo seemed to be very clean, colourful and groomed. At the end of the day students went shopping with their new mates.
On Tuesday everyone met in the school hall. Students from different countries had to make a presentation about recycling in their school and activities done after the last meeting in Turkey.

Our students told about their photo competition ’’Notice rubbish’’ and ’’Let’s do it’’ project in Estonia (2008). After the presentations we drove to Gijón and had an outing.

On Wednesday the students visited a local youth center and music school, which was a huge and beautiful house, equipped with the latest technology. Teachers held a meeting and had an excursion to a local social hall.

On Thursday morning we went on a hiking tour. Everyone, even the locals, had a wonderful time and were drawn to rivers and mountains. In the afternoon we visited the Parque de la cave Prehistoria (learning center) where we saw cave art from different places of Europe. Unfortunately, those were copies of the real ones. The guide spoke English, but generally there weren’t much people, who could speak in English.

Friday was a normal schoolday for students, but after that they went to a park and played basketball. The weather was sunny and it was almost 20o C outside. The students enjoyed spending time together: they sang some well-known English songs, swung and laughed until late night.

Many thanks to the families who hosted us!

A little photogallery about wonderful week in Spain.

Estonian Team
Posted by Rita at 2:00 AM No comments:

A little picture gallery about our winter time.

Estonian team
Posted by Rita at 12:30 AM No comments: 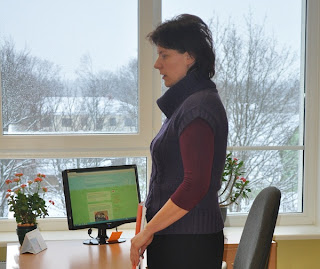 So, the issue we discussed in more detail was. She asked us about the variety of dustbins around our houses/homes and told us about the redemption centers in our town. We talked about waste management firms and the nearest landfills, also about the waste scheme that is drawn up for Tapa parish.

Then we went on talking discussing burning trash on our own and we realized that it is quite dangerous even if you do it in a fireplace or furnace because it may cause poisonous gases to.

In addition, she told us about wells and how often affect the quality of groundwater or cause it to disappear form. Fortunately, we don’t have these kinds of problems in our parish yet.

Pukk then told us about regular monitoring that is conducted  in the factories and companies that produce a lot of industrial waste. Surveillance is also conducted on the river Valgejõgi and many other natural objects.

During Pukk’s visit we got a lot of information about the circumstances of our surroundings. We hope that we can do something ourselves to help solve some of the problems or at least take notice of them. Special thanks to Krista Pukk.
Posted by Rita at 2:44 AM No comments:

Our children tried to combine ecology with other subjects taught in school, so they managed to do some physics experiments using recycling materials. They demonstrated some physics laws (Archimede's law, Paschal's law, light reflection, driving force) using plastic bottles, cans, disposable cups, cardboards and other materials. Watch then!